You are here: Home / Archives / About Us – Archives 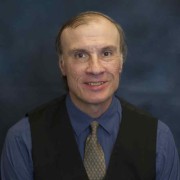 Sister Mary Philip Trauth, S.N.D., was appointed in 1977 by Bishop Richard H. Ackerman to be the first formal Archivist for the Diocese of Covington. She imposed order on the archival materials that had been collected and developed the Archives’ classification scheme. It was also Sister Philip’s responsibility to oversee the 1988 transfer of the Archives from the old chancery by the Cathedral to the Catholic Center in Erlanger. She served until her death in 1995.

David E. Schroeder served as the second Archivist from 1996 to 2000. He is now the Director of the Kenton County Public Library.

Thomas S. Ward has served as the third Archivist since December 2000.

Monsignor Allen J. Meier assisted for many years as a volunteer to all three Archivists. Deacon Philip J. Racine currently volunteers in the Archives.

All three Diocesan Archivists have also served as the Archivist of Thomas More College.