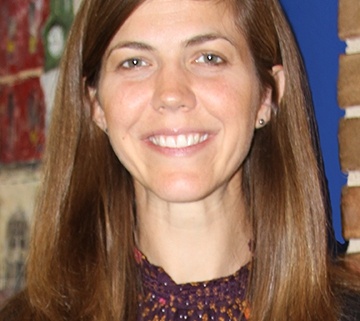 This is the conclusion of a three-part series about a simple strategy that can help make difficult conversations about abortion a little easier. The strategy is centered on asking one simple question: “If you were convinced that the unborn child is a human life, would you still support abortion?”

In Part 1, we explored how to converse about the science of fetal development. In Part 2, we outlined how to speak about the legal and philosophical concept of personhood. In this article, we address how to engage people who support their pro-choice position by citing certain “hard cases” like extreme poverty, rape or the endangerment of the mother’s life.

Many abortion proponents contend that a baby places too great a burden on mothers living in extreme poverty. A woman should not be “forced” to have a baby under these circumstances. The mother “needs” the abortion to survive.

One approach to this topic is what pro-life apologist Trent Horn calls TOAT: “trot out a toddler.” This technique demonstrates the illogic of the pro-choice argument by applying that illogic to a toddler, rather than to an unborn child.

In this case you could say, “I agree with you that many women find themselves pregnant in very difficult circumstances. In fact, many women are parenting in poverty. I think society has a duty to help these parents and children. But do you think that if the parents of a toddler do not have the financial resources to take care of their child they should be able to terminate that child’s life?”

The answer, of course, is no. You can then ask, “What is the difference between an unborn baby and a toddler?” The person will most likely point to an arbitrary distinction in size, development, location or degree of independence, and you can highlight the problems with those distinctions, as explained in Part 2.

Another method would be to cite the long-held principle from criminal law that necessity is not a defense to murder. Queen vs. Dudley and Stephens (1884), a classic case taught in law schools to illustrate this principle, concerns sailors lost at sea who cannibalized their cabin boy to stay alive. When rescued, they defended their misdeed as “necessary.” However, they were tried and convicted of murder. The key holding from the court was that one person’s subjective “need” can not negate another person’s objective, inherent and unchanging right to life.

Roe v Wade inexplicably departed from this principle by ignoring the personhood of the unborn (see Part 2). Politely invite your listener to consider whether the mother’s subjective needs are truly a valid reason to override the objective personhood rights of an innocent unborn child and validate ending her child’s life.

Another difficult objection concerns rape and incest. An essential starting point for discussion of this issue is sincere empathy for the wronged women involved and recognition of the horrific nature of the crimes committed against them.

After acknowledging this reality, you could explain that, in the immediate aftermath of rape, it is morally permissible in Catholic teaching to try to avoid pregnancy through the use of high dose progestin. A woman can (and should) go to a hospital after she is assaulted. As part of her exam, doctors can determine whether or not the woman has recently ovulated. If she has not ovulated (and therefore pregnancy is not yet possible), this hormone can be given to suppress ovulation in order to avoid pregnancy.

Nevertheless, there are some instances when rape or incest produces pregnancy. According to the Guttmacher Institute, about 1.5 percent of abortions each year is sought due to rape or incest. Notice that this is a very small percentage and it is highly questionable to legitimize all elective abortions in the name of the small number of abortions sought for these difficult reasons.

In addressing these instances, it may be helpful to first point out that nothing can undo the violence committed against these women. An abortion cannot erase the crime.

Second, you could ask: “If your father committed a violent crime, would it be permissible to punish you for his crime with the death penalty?” This would, of course, be completely unjust, which is the point: The question highlights the injustice of aborting the innocent child conceived in rape or incest.

The circumstances of a child’s conception do not alter the fact that he or she is a human being. As Trent Horn puts it, “Rape is a horrifying evil, but should our answer to the evil of rape be to commit further evil against an innocent person?”

Finally, let’s address cases in which abortion is sought to safeguard the life of the mother. First, you can note that cases in which a mother’s life is truly at risk are extremely rare.

Second, you can point out that, even when the mother’s life is at risk, there are still two patients present, both of whom are entitled to the highest standard of medical care. The Hippocratic Oath to “do no harm” applies to both. The physician should render every effort to preserve the life of each patient, and should never intentionally end the child’s life to protect the mother’s life.

Third, you can acknowledge that in certain instances it is morally permissible to allow the termination of the unborn child’s life, but only if that result is an unintended effect of administering life-saving treatment to the mother — also known as the principle of Double Effect.

In sum, there are many ways to discuss “hard cases” with an abortion proponent — ways that express empathy without sacrificing reason, logic or moral principle. While it is useful to have an answer to these tough questions ready at hand, it is important not to allow them to distract us from the fundamental question in the abortion debate, namely, “Who are the unborn?” Always direct the conversation back to that question, because the correct answer — living human beings with the inviolable rights of personhood — is the linchpin to the entire topic and the key to a persuasive defense of the right to life

Caitlin Shaughnessy Dwyer is an instructor of Theology at Thomas More University. She and her family are members of St. Pius X Parish, Edgewood.

The principle of Double Effect

The doctrine of “double effect” is rooted in the fundamental moral principle that one can never intentionally choose evil in order to try to achieve good. However, a person can choose a good action that has a bad effect if three factors are met:

(2) the bad effect is not the direct means to the good achieved;

(3) the good achieved is proportionate to the bad effect.

For example, if a pregnant woman is dying of uterine cancer, a doctor could remove her cancerous uterus even if the unintended side effect is the death of the child. The chosen act (removing the diseased organ) is good; the bad effect (the death of the child) does not directly lead to the good effect (mother’s life saved); and the good achieved (a life saved) is proportionate to the bad effect (a life lost).