You are here: Home1 / Speaking for Centuries2 / Part I: From the beginning, Camillus P. Maes seemed destined to become...
PreviousNext 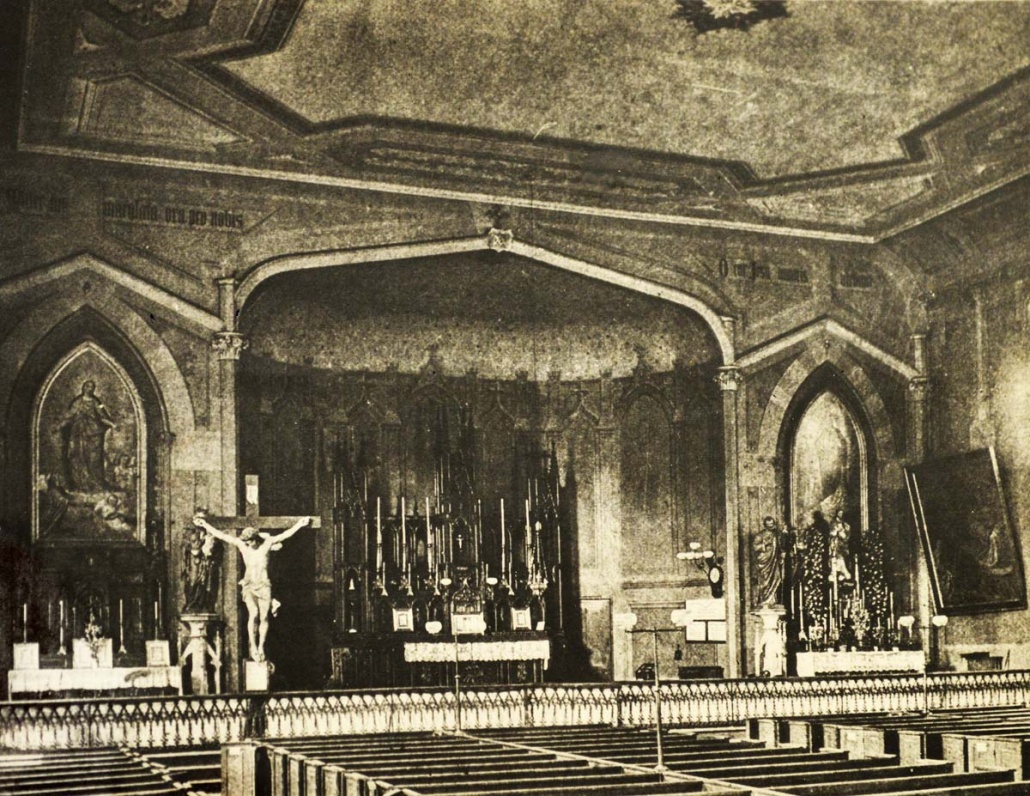 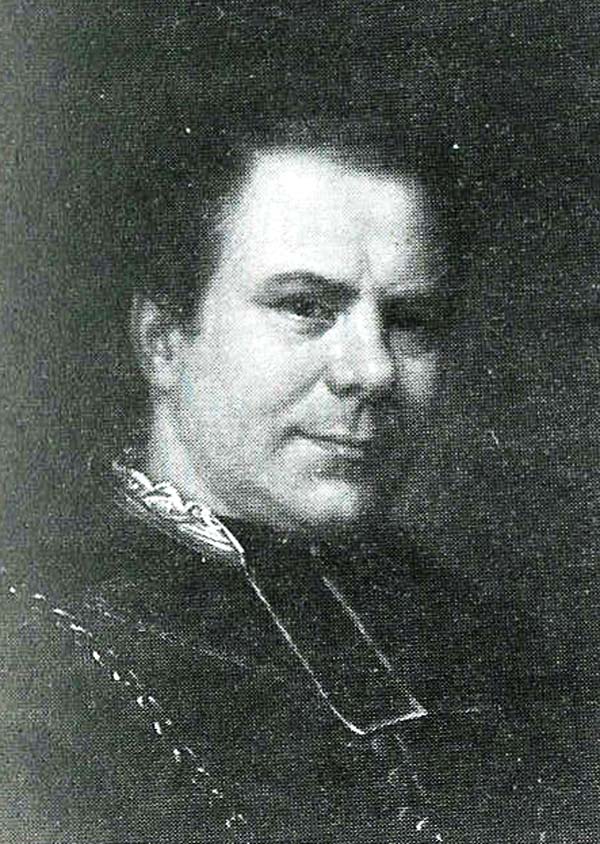 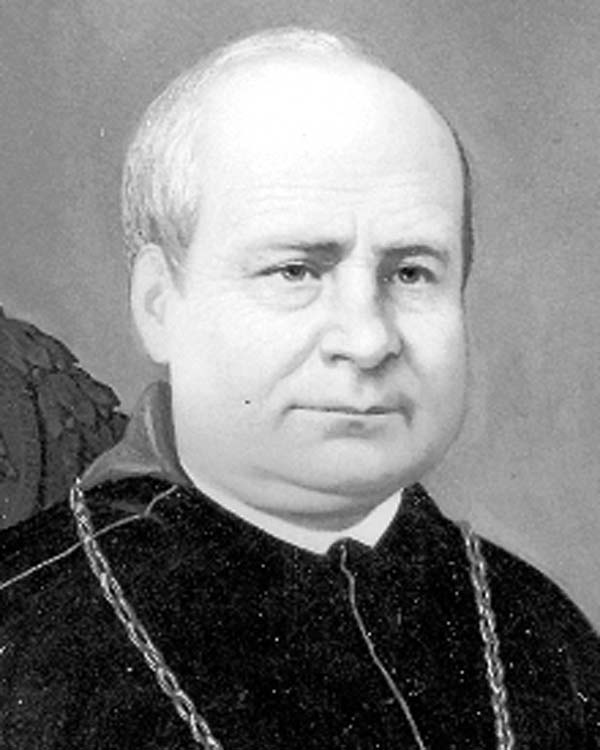 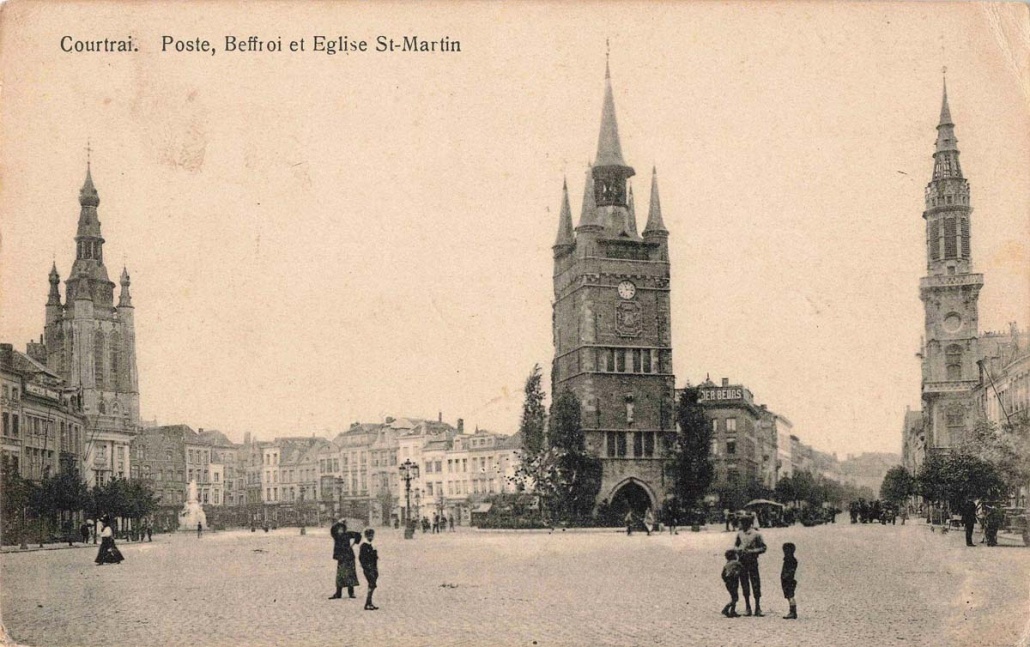 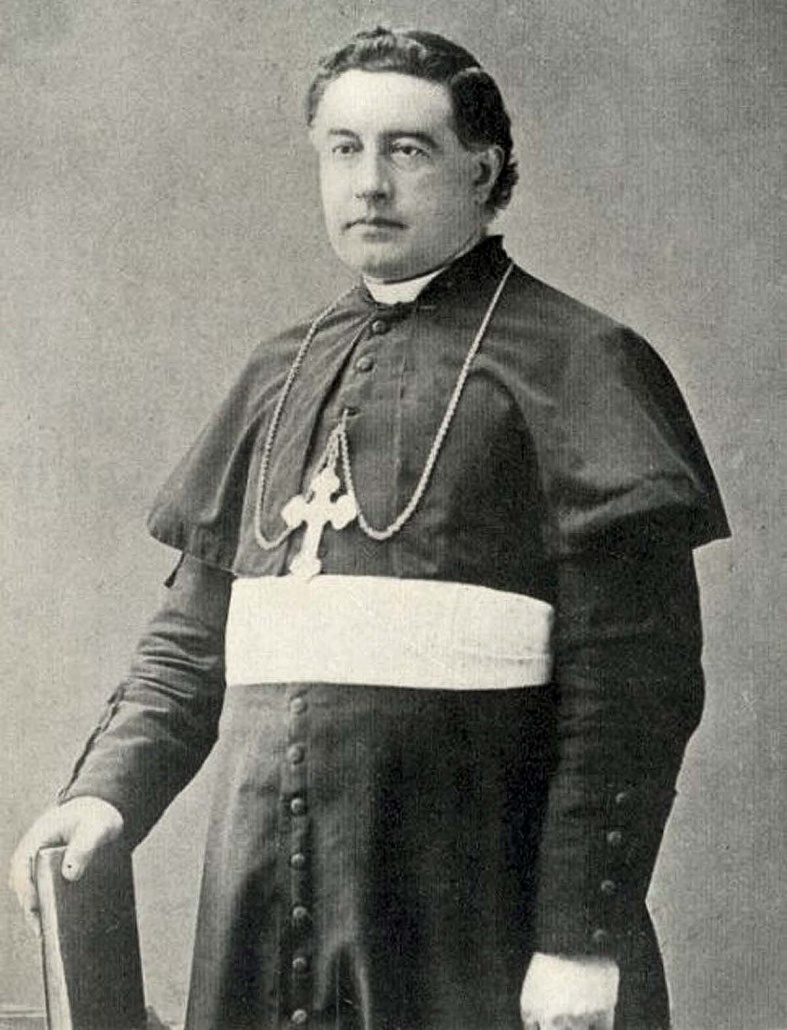 (Part one in a two-part series on the legacy of Bishop Camillus P. Maes.)

On the cold, wintery afternoon of Friday, January 23, 1885, a train carrying a Catholic priest from Detroit pulled into the railway station at Cincinnati. It had been a long journey for Father Camillus Paul Maes, who only months earlier found out he had been appointed the Third Bishop of Covington by Pope Leo XIII. As he stepped off the train, six priests who formed a clerical escort accompanied him to a waiting procession of carriages outside the station. A welcoming committee greeted him there, and after a few pleasantries, he stepped into his carriage and set off toward Covington, escorted by a mounted honor guard.

As he crossed the Ohio River into Kentucky for the first time, he could hear the sound of church bells ringing continuously throughout the cities of Newport, Covington and surrounding communities. They were announcing to the people that their new Shepherd was in their midst. Residents who looked out their windows could see the procession of carriages as it proceeded up Madison Avenue toward Eighth. It had been seven months since Covington’s Bishop Augustus Toebbe had died, and people across northern Kentucky were eager to see their new prelate.

To many who knew him, it must’ve seemed inevitable that Camillus Maes might someday be elevated to the Episcopal office. But if it seemed so to others, as Maes himself would later confess, “I had no idea I would be delegated to wear the mitre.”

Covington’s third bishop was born in Courtrai, West Flanders, Belgium on March 13, 1846 to Julia Ghyhoot and Jean Baptiste Maes, who served in the Royal Belgian Regiment d’Élite. Both of his parents were advanced in years, and Camillus would be their only child. They were deeply religious and had him baptized in Courtrai’s St. Martin’s Church the day he was born, naming him after the recently canonized St. Camillus of Lellis. Afterward, they took him to the local Carmelite convent and enrolled him in the Scapular of Our Lady of Mt. Carmel. His devotion to prayer, to the Virgin Mary and to the scapular were legendary, likely inspired by a near-fatal incident that occurred when he was a child.

“I was about eight or nine years old when the incident occurred,” Maes later wrote. While waiting for the school bell, he was enjoying a row on the river with several of his school friends. The boat was close to the landing when the school bell rang. Camillus stepped from the boat just as his companions, deciding to take another turn on the water, shoved off from the landing. Camillus fell into the river and was quickly swept downstream. Unable to swim and close to drowning, he was pulled from the waters by some workmen, his head barely above water, but firmly grasping his scapular. Convinced that Our Lady had saved him that day, he resolved “to wear the scapular as the badge of my Blessed Mother until the day of my death.”

As he grew, his prayer life deepened and his reverence for the sacred grew. This reverence was on display one day when a bishop’s mitre was inadvertently left in the sacristy after mass. The other altar boys playfully seized upon the opportunity to pass it around and try it on. Although urged to “come on!”, Camillus refused to partake in their merriment and replied prophetically, “I shall never put that on in fun.”

In 1861, he had been studying at St. Amandus College in Courtrai when his father died suddenly, forcing him to quit school and go to work. He was just 15. He took a position as a clerk in a local civil engineer’s office and at the same time began to study architecture with a local architect. It was there that he came to love Gothic architecture and design, and he applied himself to learn as much as possible. His mother Julia died the following year, leaving him an orphan. He resided with a maternal uncle and that autumn returned to St. Amandus.

Camillus was about sixteen when he first felt inclined toward the priesthood. At the Preparatory Seminary at Rouler, he had been dazzled by the address of a visiting bishop from the South Sea Islands describing missionary work on the edge of civilization. Like many of his fellow seminarians who heard the same address, Camillus resolved then and there to become a missionary. That focus narrowed even more after reading about the famed Kentucky missionary, Father Charles Nerinckx, also from Belgium. From then on, the young Maes focused exclusively on serving in the American missions.

He attended the Major Seminary of Bruges, where he expressed this desire for mission work to his superior, Bishop Johan Joseph Faict. At the same time, Bishop Peter Paul LeFevre of Detroit happened to be visiting Bruges looking for seminarians to take back with him to America. When Bishop Faict fell ill and was unable to ordain that year’s seminarians, LeFevre was compelled to assume the duty. According to a story told by Maes himself, LeFevre visited Faict at his sick bed and demanded payment for his services. “What payment do you desire?” the sick prelate asked. “At least three seminarians,” came LeFevre’s reply. Argument followed argument, but finally, Bishop LeFevre was obliged to be content with but one seminarian who Faict let him choose. “Then I’ll take Maes!” was his answer.

Camillus was then sent to the American College at Louvain, and on December 19, 1868, the little boy who was rescued from the river clutching his scapular was ordained to the priesthood in the cathedral at Mechlin, Belgium by Monsignor Antonio, auxiliary Bishop of Mechlin. Five months later, he set sail for America and arrived as a missionary priest in Detroit on May 9, 1869.

His years in the Diocese of Detroit were to be exceptionally productive and would draw notice from all quarters. He pastored several parishes, founded others, and worked tirelessly to build up his diocese. He constructed new schools and established the Catholic Young Men’s Union. He liked to relax by writing for Catholic periodicals, and he became famous in 1880 for a comprehensive biography of his missionary inspiration – Rev. Charles Nerinckx. He also wrote a popular series of children’s stories called “Father Paul’s Rambles”, which became widely copied and distributed throughout the country. After becoming Chancellor and Secretary of the Diocese of Detroit in 1880, his appointment to the Episcopacy was no surprise to anyone who knew his character and the extent of his work.

Sunday, January 25, 1885 dawned cold and wet in Covington. A misting rain fell throughout the night with morning temperatures hovering just above freezing. By early afternoon, the skies had begun to clear as throngs of people filled St. Mary’s Cathedral on Eighth Street to standing room only capacity. At two o’clock, the music started and the long procession began as ten mitered bishops and dozens of priests filed in solemn procession up the aisle and filled the sanctuary, resplendent in dazzling vestments. Archbishop William H. Elder of Cincinnati consecrated Bishop Maes with Cleveland Bishop Gilmore giving the homily.

“I came to my flock from the North a total stranger,” Maes said in an interview shortly after his installation, “but soon found that I was in a circle of warm-hearted and loving friends.” He had become the chief pastor of about 38,000 Catholics scattered across a vast area that generally consisted of the eastern half of Kentucky. He was a striking figure – tall, finely built, of florid complexion and black curling hair. He spoke seven languages fluently and possessed a perfect command of English, enhanced only by a slight foreign accent. He loved young people and had a special affection for children, especially orphans.

When asked by a reporter how he liked his new role as Bishop of Covington, he laughingly replied, “I have to like it. When I was summoned by the Holy Father to assume the great responsibilities of my office, I obediently did so and will strive to do my best for my people.”

He always called Covington “home” and referred to its residents as “my people.” But among his many efforts to serve them, one task would soon command his attention above all the rest. When St. Mary’s Cathedral was built in 1853, it had been modestly constructed with only about a 450-person capacity. But population growth, increased use over the years, and limited funds for maintenance had resulted in the structure falling into disrepair. The roof leaked, gutters were inadequate, and the façade brickwork was coming apart.

But everything changed one summer’s afternoon a few years after his arrival. Seated in his office one day, he was visited by a little girl who gave him a single silver dollar and told him to build a new cathedral with it. “From that hour on,” an 1897 Kentucky Post article reported, “Bishop Maes determined to act upon the suggestion of the child, and from that day he has labored without rest to accomplish the task the child had given him to do.”

(Next time: Bishop Camillus Maes builds a new cathedral “for the centuries.”)

Stephen Enzweiler is a writer and author. He is the Cathedral Historian at Covington’s Cathedral Basilica of the Assumption.