Blog - Latest News
You are here: Home1 / Catechesis & Evangelization2 / A reflection on Fatherhood – Year of St. Joseph and Year of the ...

This Sunday is Father’s Day. What a wonderful time to lift men up and reflect on what fatherhood really means, especially during this Year of St. Joseph and Year of the Family.

We live in a culture that often ridicules men and tries to make fathers irrelevant, whether through movies and shows, government programs, or the ability to conceive babies outside of a sexual relationship. Moreover, society’s view of men is often shaped by historical patriarchies, individuals who have made terrible mistakes and buzz terms such as “toxic masculinity.” There are many examples we can find to throw fuel on these fires, but it might be more beneficial for us to ask: Is masculinity really the problem or is it a lack of true masculinity? After all, the understanding of what it means to be a man truly culminates in fatherhood (especially spiritual fatherhood), lived out chivalrously as priest, prophet and king.

According to the U.S. Census Bureau, 18.3 million children, more than 1 in 4, go to bed each night without a father in the home (Source: U.S. Census Bureau. 2020). This has been a growing problem for a long time and leads to a greater risk of abuse and neglect, poverty, teen pregnancy, behavioral and drug problems and prison time, just to name a few. Children need their dads! Wives need good husbands as partners! It seems to me that if we are going to get through this difficult situation we need to do two main things: hold men accountable and return to them some of the dignity and respect that has been lost in the last 60 years.

In his book, “The God of Jesus Christ: Meditations on the Triune God,” then Cardinal Joseph Ratzinger (Pope emeritus Benedict XVI), wrote: “The crisis of fatherhood that we are experiencing today is a basic aspect of the crisis that threatens mankind as a whole. Where fatherhood is perceived only as a biological accident on which no genuinely human claims may be based, or the father is seen as a tyrant whose yoke must be thrown off, something in the basic structure of human existence has been damaged.” (p. 29)

Fatherhood, and by extension motherhood and the whole family structure, are under attack. If we constantly tear young boys down with unhealthy messages, feelings of inadequacy and fear will drive out any confidence they might have had. Our culture, in supporting the worship of the self, encourages men to flee from the gift and responsibility of fatherhood in pursuit of their own desires. Fatherless homes have a large impact on children’s understanding of the world, love and of the heavenly Father.

For a man, any man, to live out the fullness of his meaning in life he must discover his vocation to fatherhood. Living out one’s vocation to fatherhood can be bound up in Holy Matrimony, spiritual marriage in the priesthood or religious life, and even single life. After all, we have Church Fathers, Desert Fathers, a Holy Father and even godfathers. We address our priests as spiritual fathers. And, of course, we have our biological fathers and our grandfathers.

Pope Francis has said that fatherhood is about giving life to others. In an address June 15, 2015, he said, “Becoming mothers and fathers really means to be fully realized, because it is to become similar to God.”

This is the cover of the book “St. Joseph, Tender Father: His Life and His Care for Us Today” by Louise Perrotta. (CNS photo/courtesy The Word Among Us Press) 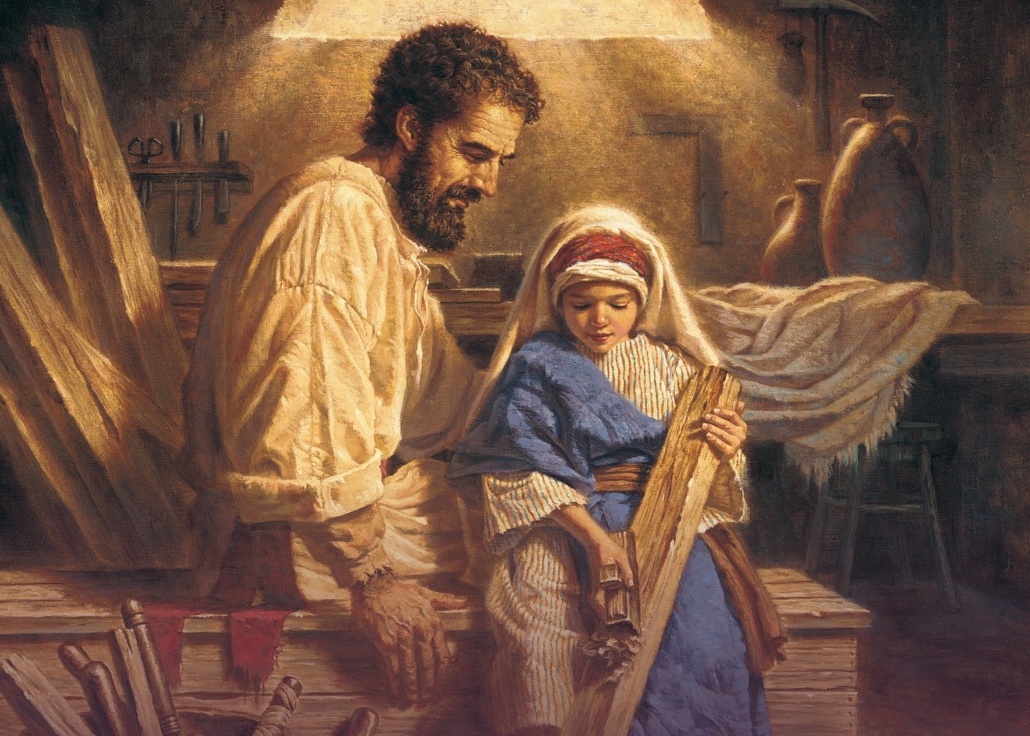 St. Joseph, the husband of Mary and earthly father of Jesus, is the model of fatherhood. A good family man is a provider, protector, nurturer and sponsor. He is happy to play his part off to the side, out of the spotlight, increasingly overshadowed by others, often unheralded and unrecognized. He is not perfect, but he is irreplaceable. He works and fights out of love. He always puts others before himself.

Men are spiritual sons, brothers and husbands first, but the summit of being a man is being a spiritual father. The source of fatherhood is God the Father. Therefore, men, we must hold each other accountable. We should always strive to live holy lives and bring people to Christ, the true face of the Father in Heaven.

The fight to save the family, the building block of human society, is a worthy cause. It’s going to take men and women of courage, integrity and faith. Abraham in Genesis is our father in faith, let’s strive to put our faith in God and “go forth” to the unknown future the same way he did.

Grandparents proclaim the Gospel and hand down traditions through their lov...
Scroll to top