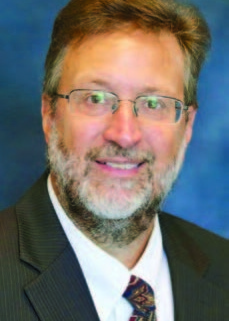 In preparation for his ordination to the permanent diaconate this October, Tom Murrin joined the Messenger for an interview regarding his vocation and faith journey.

Originally from Cleveland, Ohio, Mr. Murrin came to Cincinnati as part of the Jesuit Volunteer Corps. Graduating with an undergraduate degree in chemical engineering from the University of Detroit, Mr. Murrin spent his 20s in Over-the-Rhine, Cincinnati, working with the homeless population there.

“I worked at Tender Mercies, which is a housing organization that houses the chronically mentally ill,” said Mr. Murrin., who also worked at the St. Joseph Catholic Worker House at the time. While working with these organizations in his youth, Mr. Murrin earned his master’s degree in social work, and met his wife, Mary.

“It would have been 2012,” recalled Mr. Murrin, “I got a phone call from my brother who is now a deacon in the Diocese of Columbus. Kevin is two years younger than me, and Kevin told me he thought he was being called to be a deacon. I said to Kevin at the time, you know, I have had those thoughts as well,” he said.

Mr. Murrin’s brother, Kevin Murrin, was ordained by the Diocese of Columbus in 2016, and Tom Murrin began pursuing his vocation three years later in 2019, after he and Mary had become “empty-nesters.”

Originally, Mr. Murrin was to be ordained in April this year. However, an injury delayed the ordination. “On Superbowl Sunday last year, I was carrying my daughter’s bags out to her car. And the Superbowl was right when we had an ice storm,” said Mr. Murrin. “I slipped on the ice and hit the back of my head. I suffered a subdural hematoma, which is bleeding on the brain. I spent 19 days in the hospital. I had 9 brain surgeries… and that was what prevented me from being ordained with my fellow class.”

“I don’t want to say the experience was a great experience,” he continued, “but it was a very spiritually rewarding experience. It has only more confirmed my interest in doing this for the Church.”

A chaplain at St. Elizabeth Hospital, Mr. Murrin explains that his experience helped him to better understand those whom he ministers to. “When you go into a room as a chaplain, sometimes a hard thing is to know what the person expects from you. I think being on the receiving end of that care has advanced my education beyond the first unit of Clinical Pastoral Education that I have.”

Now recovered from the hematoma, Mr. Murrin looks forward to his ordination this Oct. 15. The ordination will be held at 10 a.m. at the Cathedral Basilica of the Assumption, Covington.

“A lot of people will come up to me and say congratulations,” Mr. Murrin said, concluding, “I accept people’s congratulations, and I know what they’re saying… But, you know, I view this as a starting point, not a finishing point. The ordination is a start for me.”