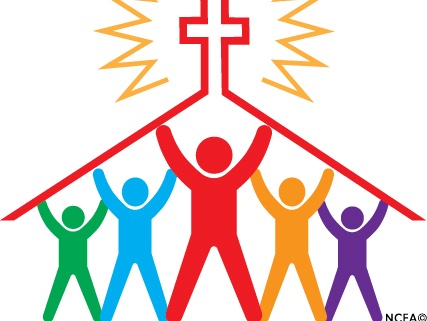 When focused on educating and exercising the minds, bodies and souls of today’s youth, Catholic schools shine as beacons of light in a dark and confusing world. When they rise up to the challenges of society and culture they bring hope and joy to countless Christian families and others who are trying to do their best to serve the Lord in trying times. It is no small feat that Catholic schools have stood strong through the tests of time in America, but there is no reason to think that things are going to get any easier in the near future. While we live in a world where medical and technological advances have, generally, made life more convenient and easier, having a sacramental vision has become way more difficult. As Mankind seems to wander further and further away from God, there is no doubt that keeping the faith while growing up is getting harder.

It is only right to take a moment each year and celebrate Catholic Schools Week (CSW). Catholic schools have a specific purpose to form students in love of God and love of neighbor; to be good citizens of the world and to enrich society with the leaven of the Gospel and by example of faith. They are a benefit to our cities and towns — believers and non-believers alike — but that is not what makes them so special.

The CSW theme this year is “Catholic Schools: Faith. Excellence. Service.” Faith, excellence and service are pillars of the Christian life. These pillars stand upon a solid foundation and direct people’s attention away from earthly distractions and up to the heavens. It is that solid foundation that makes Catholic schools so special.

What does it mean to have faith? It means that you believe in more than what this world has to offer. It means that you have come to know and trust the Lord more than you trust your own eyes. It is an understanding that the realities we meet with our senses are simply passing us by and that eternity, which is beyond, is even more real. As communities of faith, Catholic schools instill in students their destiny to become future saints.

What is excellence, if not holiness? Every Catholic, from a Benedictine monk in Norcia to the lawyer or teacher down the street in Northern Kentucky, is called to take their mission from Christ and spiritual formation seriously. The Christian life, like everything else, requires constant education, training and attention. We know that habits are developed at a young age. While it’s true that academic excellence is a hallmark of Catholic education, it is intentionally directed to the growth of the whole person — mind, body and soul —with an extra emphasis on the soul. A Catholic school teaches its students about the will of God, in contrast to our culture’s tendency to promote the worship of the self and other false idols. By the time a Catholic is confirmed they should realize what is being asked of them — they are being asked to lead a true and holy life; to follow Christ, even when it leads to the Cross. 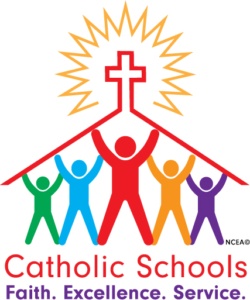 And, finally, we have the pillar of service. The Letter of James in Scripture tells us that “… faith of itself, if it does not have works, is dead.” (James 2:17) St. Maximus the Confessor (c. 580-662 AD) takes the idea a step further, he said, “Theology without practice is the theology of demons.” We are called to live a life of service. Social learning through service is a fundamental part of Catholic education. It is not enough to just say we love God, we need to show it. Service in our Catholic schools is intended to help form youth to not only witnesses to Catholic social teaching, but to also be active participants in social change for the common good.

In a day and age when many seem to have lost their way, it is important to remember that the Catholic Church is not just a building or an institution, but the people of God working together to bring about the Kingdom of God today. The role of Catholic schools, an apostolate of the Church, is to raise up the next generation to continue this mission begun by Christ. Yes, these are hard times; yes, it is often a dark and confusing world, but at the center of the storm the light of Christ shines the brightest. Like everything else Catholic schools are in the midst of the fray, but Christ is the center of the school. Christ is that solid foundation upon which they are built, and that makes all the difference.

David Cooley is co-director and office manager of the Office of Catechesis and Evangelization in the Diocese of Covington.