Blog - Latest News
You are here: Home1 / Catechesis & Evangelization2 / Year of the Family3 / The Holy Family: An icon of Catholic life 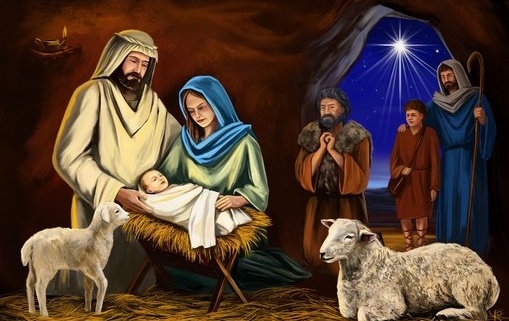 In the eighth century, the Church was shaken by a controversy that continues to impact her devotional and liturgical life more than a millennium later. This controversy was about the use of images.

The earliest Church had discouraged the veneration of icons because of the Old Testament prohibition against them, but their use and veneration continued to grow. The dispute came to a head in the early part of the eighth century when the Byzantine emperor, Leo III, made the use of icons illegal. This prohibition stirred up occasional, but nonetheless severe, persecutions against those who used them. The controversy raged for more than a century, until an ecumenical council and the Byzantine Empress Theodora brought it to an end in AD 843. As a result, the use of icons and images in the Catholic Church has become an essential part of her devotional life worldwide.

One reason the Church approved the use of images was because of the incarnation: Since Christ, the second person of the Trinity, assumed human flesh, then humanity has the ability to depict God. The human flesh of Christ gives the Church access to a real image of God himself. So then if God has given us an image of himself, it must be acceptable to portray him.

There is an immense beauty in this reasoning, because suddenly Christ’s life becomes even more full of meaning. The human actions that he performs are now charged with theological significance. His attendance at the wedding feast of Cana shows God’s love and design for the institution of marriage. At that same feast Christ miraculously transforms water into wine; this demonstrates that wine, and all of the wonderful gifts that God gives us, are meant to be enjoyed. For these reasons, the life of the Christian is not one of sorrow, but one of immense joy, because the Christian sees, through faith, that all of creation and its beauty is a sort of love letter from God himself. Creation is meant for our enjoyment and pleasure.

Among the most meaningful displays of this theological logic is the Holy Family itself. Think about the situation of the Holy Family. God chooses Mary to be the mother of his only Son, and she gently accepts the offer, but she is already married to a man named Joseph. On account of her pregnancy, he would like to divorce her, but God has Joseph take her into his home.

This is a wonderfully significant series of events. God is, without doubt, the father of the child Jesus. Naturally, because he is God, he could have easily and directly provided for his Son. That is not what he chose to do. Rather, he chose Joseph as the earthly father and protector of Jesus. Choosing Joseph as the earthly father of Jesus shows how crucial the role of the father is in the family, and how critical it is for us, as humans, to have a mother and a father. This choice by God displays the complementarity of the sexes. Mary and Joseph together manifest that original oneness for which God created man and woman, and provide a perfect example of what married life can be.

Even more than just the significance of man and wife, the Holy Family shows the deep meaning of both fertility and virginity. Mary is privileged to be perpetually virginal, but also fertile. God uses her womb as the entry point for his only begotten Son, Jesus, yet she remains a virgin throughout her entire life.

On the one hand, we have Mary as the perfect image of purity, the handmaid of the Lord, who consecrates her physical virginity to God. She is a wonderful example of the glory of virginity.

On the other hand, she is also chosen to be the mother of God. Her virginal womb becomes the dwelling place of the Most High. She, a virgin, is to bear the most consequential pregnancy the world has ever known.

Thus Mary is doubly blessed. Not only does she model for us immaculate virginity and the glory of offering ourselves to God in that way, but she also exemplifies the treasures of motherhood.

The same is likewise true for Joseph. He is given a wife and the role of father, and they are truly his, but his fatherhood is not physical. Joseph is simultaneously a model for both physical and adoptive fathers. Even though Joseph is not the physical father of Jesus, he is no less a father on account of it. He perfectly fulfills his vocation as father and husband.

Additionally, Joseph is a tremendous example for priests, who receive the role of father — husband to the Church and guardian of Christ’s body — but do not enjoy physical fatherhood. Priests’ lives are full of the glories of the familial life, without participating in it physically. They are called to be husbands, fathers and protectors not to their own family, but to holy Mother Church.

Just as the incarnation opened so many theological horizons for the Church, so too does the Holy Family open our minds to the wonders of family life. God greatly blessed the Holy Family in many special ways that make them truly unique in the story of salvation but that does not mean that our own families are not likewise blessed. The Holy Family proves to us that married and familial life is not a burden that some people choose to carry, but rather an immense blessing for those privileged to live it.

God chose a family for His Son to show forth the great blessing that is married life, motherhood, fatherhood and virginity. The image is clear for all to see: God gave us all of these wonderful gifts of married life not as a burden, but as a great joy.

Catholic pro-lifers should relish in the fullest and greatest way possible the mystery and gift that is family life. As the Church celebrates the feast of the Holy Family this Dec. 26, let us strive to become living icons of family life.

Father Conor Kunath is the promoter for priestly vocations for the Diocese of Covington and chaplain to Notre Dame Academy, Park Hills.