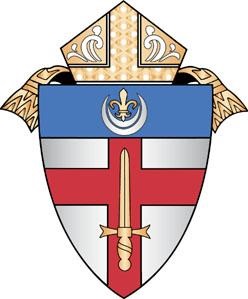 The Diocese of Covington today is releasing the names of priests, religious, deacons and lay employees who have served in our Diocese against whom one or more allegations of sexual abuse of a minor have been substantiated.

In October, 2019, Bishop Roger Foys and the Diocesan Review Board initiated the review as a way to continue to assure the people of the Diocese of Covington, as well as our priests and other Diocesan personnel, that the Diocese has, as far as is humanly possible, addressed the scourge of sexual abuse of minors by its priests, religious and lay employees.

Inclusion on this list does not necessarily indicate that an accused priest, religious, deacon or lay employee has been found guilty of a crime or liable for any civil claim. The definition of “substantiated allegation” that guided the file review is as follows:

An allegation of sexual abuse of a minor is deemed substantiated when there is probable cause for believing the claim is true. The following may be considered as evidence of probable cause:

1) admission of guilt by the accused;
2) guilty finding rendered by a court;
3) finding rendered by an investigative process shows cause for believing the allegation is true on an objective basis;
4) the accused, when presented with the allegation and afforded a reasonable opportunity to respond, declined to address the allegation; or
5) the Special Masters appointed by the Court in the class action litigation against the Diocese made a monetary award from the class settlement fund based on a sworn claim form alleging one or more incidents of sexual abuse of a minor by the accused, and any other evidence that was submitted on behalf of the claimant.

The review process that has culminated in this list is part of the Diocese’s ongoing commitment to create a Safe Environment and to ensure that all allegations of child sexual abuse by priests, religious and lay employees over the last 70 years have been properly identified and reported. The review process is the natural outgrowth of two significant developments that have transpired during the last eighteen (18) years: significant reforms in the U.S. Catholic Church beginning in 2002 and the Diocese’s involvement in class action litigation from 2003-2009.

In 2002, the United States Conference of Catholic Bishops instituted the Charter for the Protection of Children and Young People (the “Dallas Charter”)[1] The Dallas Charter set forth reforms for U.S. dioceses to follow in response to the sexual abuse crisis. The reforms fall under four categories:

The Diocese acted promptly to implement the Dallas Charter and compliance with the Charter remains a priority. Some highlights follow.

To promote healing and reconciliation, Bishop Foys has met individually with over 170 survivors since 2002, and he will meet with any survivors requesting a meeting.

In addition, the Diocese has established a Victim Assistance Coordinator to assist with the immediate pastoral care of survivors. The Diocese has established a Diocesan Review Board (“DRB”), which is comprised of mostly lay people not in the employ of the Diocese. The DRB advises the Bishop “in his assessment of allegations of sexual abuse of minors and in his determination of a cleric’s suitability for ministry.” (Dallas Charter, Art. 2). The DRB meets regularly.

Since 2002, in response to each and every complaint of sexual abuse of a minor received, the Diocese has offered paid professional counseling to the individual making the complaint. These offers of counseling have been made for cases of abuse whenever alleged to have occurred and regardless of whether the complaint has been substantiated.

To ensure an effective response, upon receiving an allegation of minor sexual abuse, the Diocese has immediately reported the allegation to appropriate civil authorities (typically the Commonwealth Attorney in the county in which the abuse is alleged to have occurred). Again, such reporting has been undertaken even for allegations of abuse in the distant past and regardless of whether the allegation has been substantiated.

Consistent with the Dallas Charter, when an allegation of sexual abuse of a minor has been received, a preliminary investigation is conducted promptly and objectively. If the complaint involves an active priest, precautionary measures are implemented (e.g., withdrawal of the accused from ministry or restricting residence), pending the outcome of the investigation.

Most importantly, a policy of zero tolerance is in effect. “[F]or even a single act of sexual abuse of a minor — whenever it occurred — which is admitted or established after an appropriate process in accord with canon law, the offending priest or deacon is to be permanently removed from ministry [“faculties removed”] and, if warranted, dismissed from the clerical state [“laicized”].” (Dallas Charter, Art. 5).

To ensure accountability, the Diocese submits to regular audits to ensure compliance with the Dallas Charter. These audits are conducted by an outside team of auditors at the direction of the National Review Board, which was established in 2002 by the U.S. Conference of Catholic Bishops. Every year, the Diocese submits a completed audit questionnaire to the auditors, and an audit team periodically visits the Diocese for an intensive on-site audit. Since 2002, the Diocese has submitted to nine (9) on-site audits. Every audit has demonstrated the Diocese’s continued compliance with the Dallas Charter.

To protect the faithful, the Diocese has implemented mandatory background checks for all priests, deacons, staff and volunteers who work with children. Safe Environment policies, protocols and a code of conduct have been developed and are regularly updated.[2]

The Diocese’s Safe Environment Office – through the VIRTUS program – performs training and background checks of all priests, deacons, seminarians, employees and volunteers working in the Curia, parishes, schools and Catholic organizations. From 2003 to the present, 33,145 persons have completed the VIRTUS program. Additionally, children in Catholic schools and parish schools of religion are trained on how to identify and report inappropriate behavior by adults.

In 2003, a lawsuit brought on behalf of all persons who had been sexually abused as a minor by a priest, religious, deacon or lay employee of the Diocese of Covington was certified by the Boone County Circuit Court as a class action. The class action was administered by the Court and scrutinized in a very public process.

In January 2006, after notice and a public hearing to determine whether a proposed settlement reached on behalf of the Class was “fair, reasonable, and adequate,” the settlement received final approval from the Court. The class settlement was open to anyone who had been sexually abused as a minor by a priest, religious or lay employee of the Diocese or any Diocesan parish or institution. For months following final approval of the settlement, media outlets and newspapers across the country, including the diocesan newspaper (the Messenger), published notice of the class settlement and instructions on what abuse victims needed to do to file a claim for compensation from the class settlement fund.

Over a period of three and a half years, all claims were reviewed by court-appointed Special Masters and awards totaling $81,231,500 were made from the Class Settlement Fund. The Special Masters made awards to claimants when they determined that a claim was supported by sufficient credible evidence to conclude that the abuse more likely than not occurred. Claimants were required to submit a sworn claim form, but not otherwise required to substantiate their claims. Awards were made in cases involving unknown priests and unnamed nuns and in cases where the only supporting evidence was the claimant’s sworn claim form.

On May 21, 2009, the court-appointed Settlement Master, retired federal district judge Thomas Lambros, filed a report with the Kentucky Attorney General (the “Lambros Report”). The Lambros Report consisted of an executive summary of the “credible incidents of sexual abuse” that were deemed established as to each abuser. The Kentucky Court of Appeals had earlier ruled that the Lambros Report need not include “deceased priests or employees of the Diocese.” Thus, the Lambros Report detailed abuse by individuals then living, and it was submitted to the Attorney General “for distribution to the appropriate commonwealth attorneys.”[4]

The Settlement Master filed his final report to the Court on May 27, 2009. The report noted that 400 claims had been processed. One additional claim was received and processed by the Special Masters after the final report was submitted, in accordance with the procedures approved by the Court.

On May 28, 2009, after finding that “the Diocese of Covington and Bishop Foys have fulfilled all of their obligations under their settlement agreement with the Doe Class and this Court’s orders regarding the class settlement and its administration,” the Court entered a final order of dismissal.

The file reviewers experienced varying degrees of difficulty in determining whether an allegation of sexual abuse of a minor has been substantiated. Some abusers had multiple victims and claims against them were relatively easy to substantiate. Other allegations were much more difficult to reliably assess, due to the passage of time, conflicting evidence, lack of evidence, absence of other allegations or claims against the accused, or one or more significant limiting factors.

Over the years, the Diocese has received some complaints of sexual abuse of minors that fall into the latter category. The Special Masters in the class action denied 148 claims (of the 400 filed) as not sufficiently credible to support an award or as outside the scope of the class.[5] Some claims the Special Masters considered credible enough to merit a monetary award were not deemed substantiated.

Anyone who has experienced sexual misconduct by a cleric, employee, religious or volunteer of the Diocese of Covington is asked to contact Ms. Margaret Schack, Diocesan Victim Assistance Coordinator at (859) 392-1515. Professional assistance and pastoral support will be provided with confidentiality and respect. The Victim Assistance Coordinator is required to report allegations of sexual abuse of a minor to civil authorities. A victim may report allegations of sexual abuse directly to civil authorities as follows.

Reporting CURRENT abuse of MINORS or VULNERABLE ADULTS to the Cabinet for Health and Family Services, Division of Protection and Permanency, (877) 597-2331.

Reporting ADULTS who were abused as MINORS to the
Commonwealth Attorney.

It is preferable that you call the county in which the abuse allegedly occurred.

1 The Dallas Charter was updated in 2005, 2011 and 2018. A copy may be found at www.usccb.org
2 The Diocese’s booklet entitled “Creating a Safe Environment, Policies and Procedures for Addressing Sexual Misconduct” may be found at www.covdio.org.
3 More information can be found at ReportBishopAbuse.org.
4 Since May 2009, the Diocese has received no claims of present day sexual abuse against a minor by a priest.
5 The class action process provided that a claimant could appeal the Special Masters’ decision to an Appeal Master and, further, to the Circuit Court.

Who is my neighbor? — A lesson from ‘The Twilight Zone’

Natural Family Planning is about love, life, freedom and gift
Scroll to top