Blog - Latest News
You are here: Home1 / Catechesis & Evangelization2 / Source and Summit Articles3 / Scratching the surface of ‘an inexhaustible mystery’

Under the direction of Bishop Roger Foys, the Office of Catechesis and Evangelization has teamed up with the Messenger to produce catechetical articles on the Eucharist. Long-term readers of the Messenger will recognize these articles since they were published previously. However, they have been re-structured here. This series on the Eucharist covers a variety topics, but, of course, with limited space and the fact that this is an exploration at the very center of theology, we are only scratching the surface. I hope that reading these short articles inspires you to explore more and to take every opportunity you are given to meet our Lord in the Blessed Sacrament.

Our faith is born from and expressed in theology (speech about God).  Theology, in turn, remains, as St. Anselm once defined it, a matter of “faith seeking understanding.” What we believe, we try to understand further; when we understand further, we believe more deeply. To grow in the faith means to engage in this cyclical process of seeking God. The reason we want to grow in faith is so that we can love God all the more.

Not long ago a Pew Research study reported that “Just one-third of U.S. Catholics agree with their Church that the Eucharist is the body, blood of Christ.”

This, understandably, caused shock waves to resound throughout the Church for anyone who was paying attention. However, there is reason to believe that we shouldn’t panic — yet. In this case, hopefully at least, things don’t seem to be as bad as they first appear. One factor to consider is sample size. The Disciple Maker Index, administered by the Catholic Leadership Institute, has currently surveyed 131,845 Catholics around the country about multiple themes connected with parish life.  (By contrast, the PEW survey was based on 1,835 Catholics in a total sample population of 10,971.)

When asked about doctrines of the faith, 72 percent of the DMI respondents strongly agreed with the statement “I personally believe the Eucharist really is the body and blood of Jesus Christ.” Another 19 percent agreed with that statement. That’s almost 120,000 Catholics claiming they do agree with what the Church teaches, compared to the 569 respondents highlighted in the PEW results.

Also, when considering the PEW survey, it has been pointed out that phraseology may have be an issue. The word “actually,” used in the Pew study, may have been interpreted as referring to a physical change, which would explain why few Catholics chose that response. If so, they were correct, in that the Church does not teach that there is a physical change in appearance.

In addition, John Bergsma, professor of theology at Franciscan University, Steubenville, Ohio, noted that many of the “self-identified” Catholics surveyed probably don’t show up at to Mass very often, if at all.

“Really what this poll shows, once again, is that there are large numbers of persons in the United States who consider themselves ‘Catholic’ almost as an ethnic or cultural category, because they received one or more sacraments when they were children, or their family is traditionally Catholic.

“However,” professor Bergsma said, “although these persons consider themselves ‘Catholic’ as a demographic category, they haven’t and don’t practice the Catholic faith, and they haven’t made much effort to learn what the Catholic Church teaches.”

My hope is that these observations help put this survey, and others like it, into perspective. This is important because there is a danger of such “shock-value” headlines becoming self-fulfilling prophesies. The more people feel alone in their beliefs the easier it is for doubt to take root in their hearts. Catholics believe in the True Presence — body, blood, soul and divinity of Christ — in the Eucharist; they always have and always will. But, that being said, there are still some hard realities that are worth taking a closer look at during these unprecedented times. 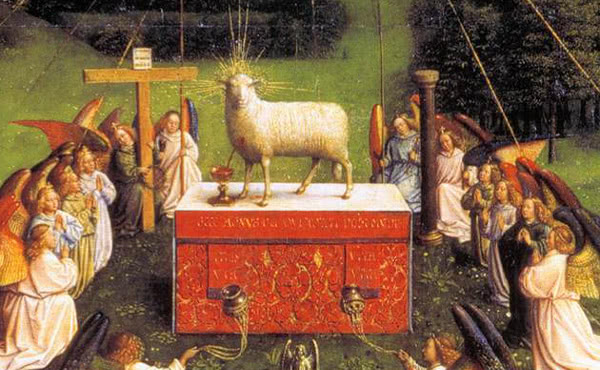 Long before the word “coronavirus” was part of our daily speech, our Catholic churches weren’t exactly over flowing with people on a weekly basis. With the exception of Christmas and, maybe, Easter, most people weren’t worried about arriving early to Mass so that they could find a seat. There are many factors and explanations for this that could be explored. But I think it’s fair to say that the general long-term trend in the Eastern and Northern parts of our country has been a steady decline in numbers.

Now, in the post-pandemic-of-2020 world, there is, understandably, anxiety among those who care for souls what Mass attendance numbers will look like when all of this is over, and what the long-term effects will be on the sacramental life of the Church. Being forced away from the sacraments, even if it was only for a short time, could easily cause confusion for the faithful, or even, God forbid, a notion that the sacraments are not needed for salvation. For believers, the Catechism of the Catholic Church does not mince words about this and affirms that “the sacraments of the New Covenant are necessary for salvation.” (n. 1129)

There’s a story about an evangelical Protestant preacher who once said, “If I truly believed what you Catholics say you believe, you would have to pull me away from the tabernacle. If I believed that my Lord was physically present in the church building I would never leave.” Now, of course, we can’t just stay in front of the tabernacle any more that Peter, James and John could stay up on the mountain with Jesus after he was transfigured (Mt. 17:1-10), but the message remains the same and the point is well taken. For us believers there is kind of a paradox: People don’t go to Mass because they don’t believe in the Real Presence, and they don’t believe in the Real Presence because if it were true, then wouldn’t the churches be full?

Like everything else in our lives, “it’s complicated.” But, here is one thing we can be sure of: Catholic theologians and teachers, as well as parents and Godparents, will always have work to do in communicating belief in the real presence of Jesus Christ in the Eucharist, since the notion and reality of transubstantiation remains “an inexhaustible mystery.” You have to start somewhere and these editions of the Messenger are the perfect place.

‘In the Beginning … ’ The Eucharist prefigured in the Old Testament

In the sacrament of the Eucharist, why bread and wine?
Scroll to top